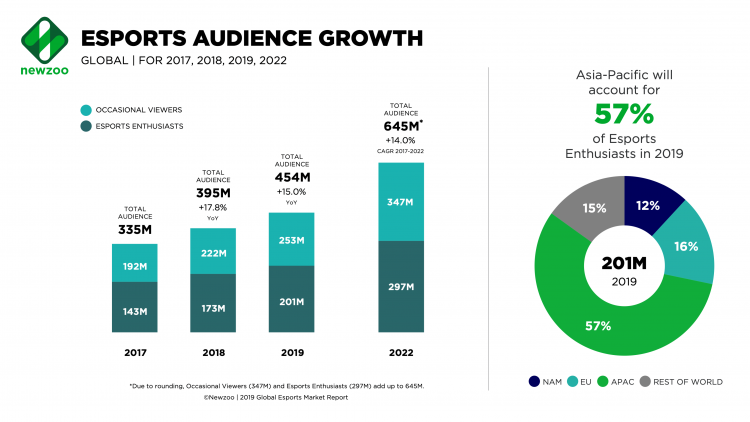 In 1980 an Atari Space Invaders tournament with around 10,000 entrants attempting to record the high score, spawned the idea of competitive gaming on a scale similar to sports events.

The release of multiplayer console games such as Street Fighter II, Doom, Quake and Starcraft in the 1990s drove further interest in competitive gaming and the creation of more games tournaments.

With the introduction of online services such as Xbox Live in the early 2000s, console owners were able to play cooperatively or against each other online in popular titles including Halo and Call of Duty.

Advances in broadband internet and the rise of video content and new online services and the founding of organisations such as ESL through the 2000s and 2010s generated further interest in esports. During this period, MOBA games (Multiplayer Online Battle Arena) League of Legends and Dota 2 became some of the most popular competitive games. First-person-shooters such as Overwatch and Rainbow Six Siege, sports games such as FIFA and battle royale games such as Fortnite also have major esports tournaments offering millions of dollars in prize money.

The largest prize pools at international esports tournaments as of August 2019: